What to expect from tour St Petersburg − Moscow

A one-day tour from St Petersburg to Moscow is a great way to get acquainted with the largest city in Russia. There is a lot to show, and we offer you the option to spend a one day in Moscow. Below you can find the suggested itinerary. The history of the capital of the country dates back to 1147 when Prince Yury Dolgoruky invited his relative, Prince Svyatoslav Olegovich, to see him in Moscow which at that time was a small castle lost in the boundless Russian forest. Thus the history of the biggest political, economic, cultural and scientific center of Russia began. In the 12th century Moscow turned into a fortress, by the 13th century it was already a town and in the 15th century Moscow became the capital of the Russian State. Today Moscow with its history, architectural masterpieces and innumerable art treasures has found itself in a whirlpool of global currents determining the world development. People from all over the world come to visit Moscow splendors and to fall for the charm the capital of the largest empire on earth certainly possesses.

You can trip to Moscow from St Petersburg by the high — speed train called «Sapsan». It leaves at 7 am, in 4 hours you are in the capital of Russia. We are glad to provide you the best service with our new comfortable vehicles and our tour guides. In Moscow, like in St Petersburg, we have multilingual highly professional guides, and we are looking forward to opening you city through their eyes like through the eyes of a local.

The one day tour around Moscow starts right from Leningradsky Railway Station — one of the busiest areas of the city. From there by car you drive through historical and memorable places of Moscow. They are Bolshoi Theatre — the world-famous theatre for ballet and opera, the former KGB headquarters, a monument to the monks who wrote the Cyrillic alphabet, the birthplace of Mikhail Romanov — the first of the Romanov dynasty.

Moving along the river, you enjoy a breathtaking view of the Kremlin and its massive fortress towers. There is a photo-stop next to the biggest Orthodox Cathedral in Russia «Cathedral of Christ the Savior» that you can visit inside.  Your journey takes you out of the city center to see the New Maiden Convent (UNESCO site) where you make a stop for memorable photos. You cross the Moscow River to the highest point in Moscow to see the panorama of the city from a hill of 80 meters above sea level. There you make a photo-stop to capture the Moscow skyline with Russia’s biggest football stadium and one of the Stalin Skyscrapers — Moscow State University.

Continuing the scenic drive you will see the Moscow Film Studio, then down the presidential motorcade road — Memorial park of WWII, the White House, New Arbat Street, the Ministry of Defense, the State Library, and Manezh Square. Then you take a metro-ride to see the most beautiful stations that are wonderful examples of Soviet realist art, most of the stations are little museums featuring sculptures and mosaics which celebrate the glories of the Soviet period. Thus you get to the heart of Moscow «Red Square». There you have walking through Red Square that includes Tverskaya Street, Alexander’s Gardens with the Tomb of the Unknown Soldier where you can watch the Changing of the Guard Ceremony that takes place every hour.

You can visit Saint-Basil’s Cathedral and see the monument to Minin and Pozharsky, the world-famous Gum department store and Lenin’s tomb.  Spent a whole day in Moscow you come back to St Petersburg by the speed train «Sapsan». You are in the city at the same day at around 11 pm.

Prices for one-day tour from St Petersburg to Moscow include:

If you don’t find the tour for you we are glad to tailor the program upon your request. Please fill the form on the contact page. 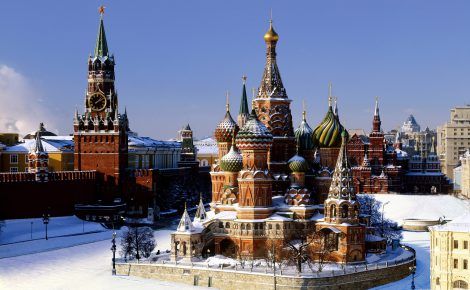 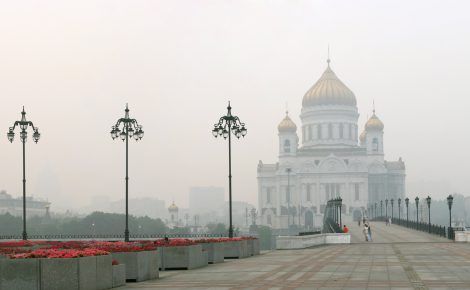