Two days tour in St Petersburg — Northern capital of Russia and definitely one of the most beautiful cities in the world are a great vacation that will not leave your heart untouched.

Tour duration: 8 hours × 2 days (certain changes are possible due to road traffic and your choice of activities).

Give St Petersburg a chance to charm you with unforgettable experience during this 2-day tour. You will enjoy the visits to all major historical attractions, both downtown and outside the city, in delightful suburbs.

There are several package options depending on what sights you choose to visit and how they are arranged during two days of your tour. You can go on tour by car as well as by public transportation and on foot, with boat trips as an option.

Peter and Paul Fortress is the city’s birthplace. Located on Hare Island, it was the site of many historical events and city legends.

Often called the Winter Palace, this former residence of Russian Emperors is now one of the richest and most incredible museums in the world. Its collections include Western European art, ancient history exhibitions, Russian art, to name just a few. And, of course, exquisite palace interiors.

You can see its golden dome from almost every part of the city. Being the creation of French designer Auguste Montferrand, this largest Russian Orthodox cathedral in the city was named after the patron saint of Peter the Great.

This church is built on the spot where Russian Emperor Alexander II was attacked by a radical and died afterwards. Its exuberant decorations make it an outstanding architectural masterpiece, not typical for city’s Baroque and Neoclassical architecture.

This summer residence of Russian tzars is a Rococo palace that you can find in 30 km from St Petersburg. It is well-known for its interiors, especially for its Amber Room that was restored only in the 21st century after it had been removed by the Germans and lost during WWII.

Peterhof Fountains and Park ensemble is a precious gem among St Petersburg suburbs. This masterpiece of architecture and park layout is often called «Russian Versailles», and this title is well-deserved.

St Petersburg Underground is known as one of the most beautiful subways in the world. The decorations of its stations correspond with the city’s architecture and style, and the stations under the ground are often just as fascinating as the palaces above the surface.

Add an evening event to your first day. The options include a romantic boat trip along the Neva River, opera or ballet tickets, or a folk show.

The tour does not include:

Price of the 2 days tour in St Petersburg (Russia):

The prices per person vary depending on the number of people.

If you did not find a suitable option then you can create your own tour. Just fill out the form on the contact page. 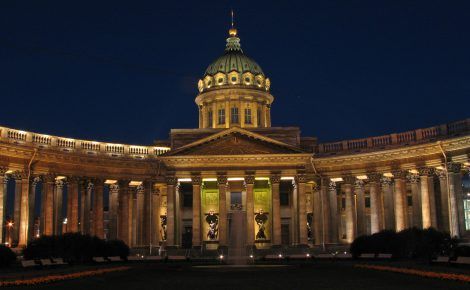 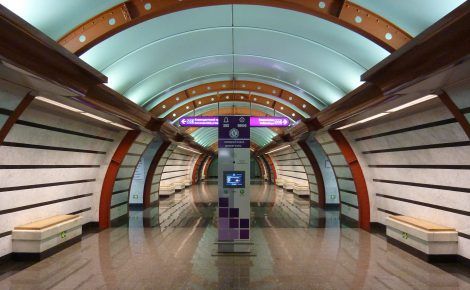