Temples were and remain one of the symbols of beauty of Saint-Petersburg. Their destiny has been inseparably linked with the city’s fate. Temples played the main part in the formation of the city’s artistic appearance. Their spires and domes, rising into the sky, remained the only height dominant for two centuries. And now they give a peculiar charm to Saint-Petersburg. Best home and European architects — D. Trezzini, F.B. Rastrelli, S. Chevakinsky, I. Stasov, A. Voronikhin, V. Stasov, A. Montferrant, K. Ton, A. Gornostaev, A. Parland and many others participated in temple constructions. Their cathedrals and churches are the excellent samples of not only Russia, but also world’s architecture. The beauty of the temples’ exterior appearance matched the richness of the inner decoration. Icon-stands were created by skilled woodcarvers and chasing craftsmen, paintings and icons by the best artists, statues by the most experienced sculptors. Some temples can be seen during the course of land traveler tour «Religious St Petersburg». 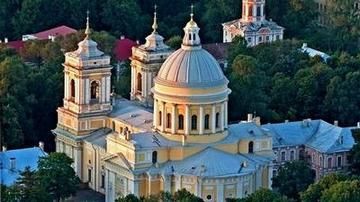 Alexander Nevsky Monastary is the city’s nub of spiritual life with the residence of the Archbishop of Saint-Petersburg and Ladoga. 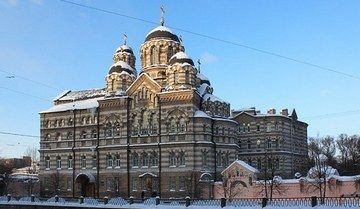 Ioannovsky Convent is in the clearly Byzantine style. It was built on the burial place of the blessed John of Kronstadt a particularly revered saint. 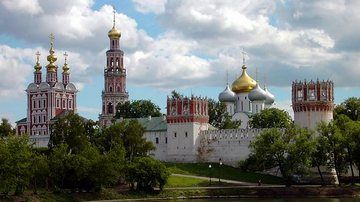 Novodevichy Convent is located not far from the Moscow Triumphal gate. Its four-level belfry resembles that of the Ivan the terrible’s in the Kremlin in Moscow. The Novodevichy cemetery became a burial place of many famous Russian people. 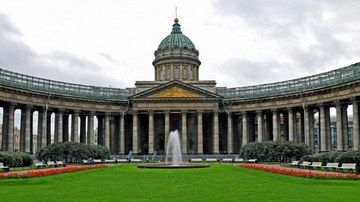 The Cathedral of our Lady of Kazan is a wonderful example of the classical style built by a little known architect A. Voronikhin in the beginning of the 19th century. The cathedral is dedicated to the victory over Napoleon. 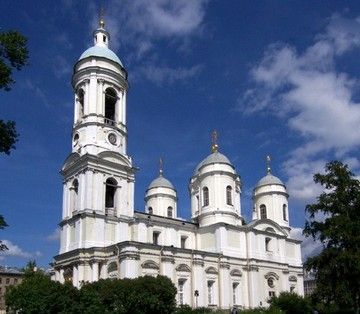 The cathedral of Prince Vladimir is an example of the transition from the Baroque to the Classical style. 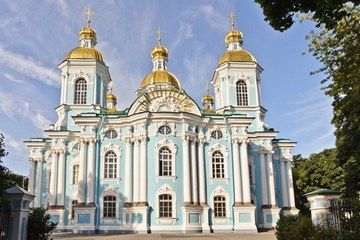 Saint-Nicolas’ Cathedral was intended as a memorial to Russia’s victories at sea. The interior is unique being the only one that has survived in its original baroque style. 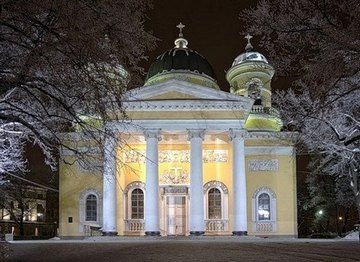 Cathedral of Transfiguration of our Savior was ordered by Elizabeth the first to commemorate the bloodless coup that brought her to the throne. 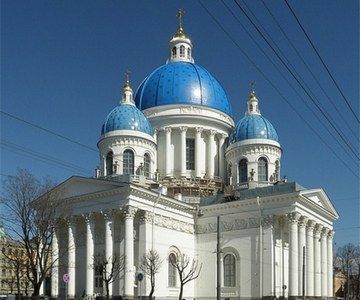 Saint-Trinity Cathedral of the Izmailovsky Regiment was built by V. Stasov. The building is a Greek cross in plan. In front of the cathedral there is a column of Glory made of 108 Turkish cannons. 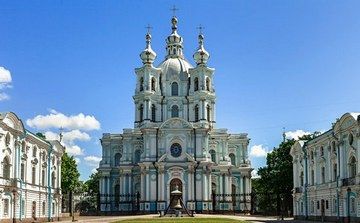 Smolny Cathedral is blue-and-white building, is considered to be one of the architectural masterpieces of the Italian architect Francesco Bartolomeo Rastrelli. 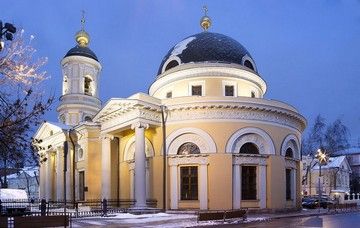 The Church of the Virgin of all Mourners is a rare example of a domed structure of late Classicism. 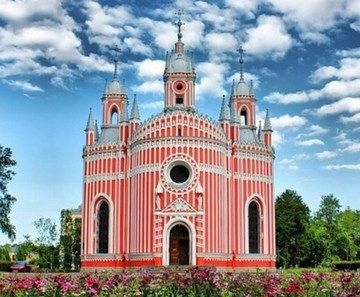 The Church of the Nativity of John the Baptist (the Chesma Church) was built to commemorate the battle in the Chesma Bay where the Turkish navy was defeated. 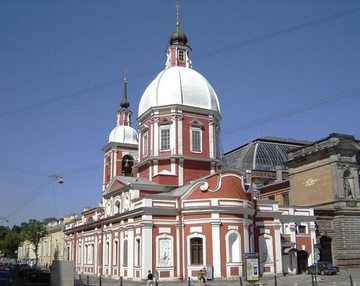 Saint-Panteleimon Church is one of the oldest churches founded by Peter the Great to commemorate Russia’s victories over the Swedes.