St. Peter and Paul Fortress, a fortification structure of the early 18th century, is one of the most outstanding historical and architectural landmarks in St Petersburg, Russia. Peter and Paul Fortress is considered to be the birthplace of the city and the day of its foundation, May 27, is celebrated as the birthday of St Petersburg. It was founded to protect the territory of the coast of the Gulf of Finland that Russia regained back during the so-called Northern war. The Peter and Paul fortress is a prolonged hexagon with six bastions connected by straight walls. Peter the Great personally observed the construction.

Built as a military fortification, the Peter and Paul fortress soon lost its original strategic designation and was converted into a political prison. It was one of the most dismal political prisons of tsarist Russia and contemporaries often referred to it as «the Russian Bastille». It was used until the Revolution in 1917. Among the prisoners held within the prison were Alexei, the son of Peter the Great, Dostoevsky, Trotsky, Gorky and others.

The most prominent structure within the fortress is the Peter and Paul Cathedral, built by D. Trezzini. The Cathedral was conceived as a burial place of the Romanovs by Peter I. All the Tsars starting from Peter the Great himself up to the last Russian tsar, Nicolas II, are buried here (except Peter II who died in Moscow and was buried there).

You can visit the Peter and Paul Fortress as part of a three-day or two days tour in St Petersburg, as well as on its own program. 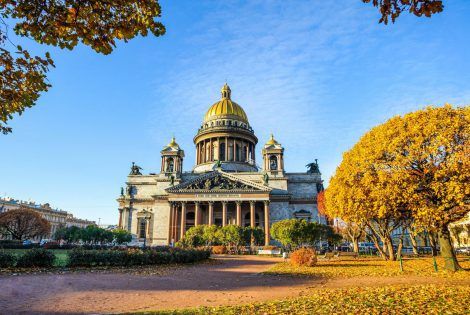